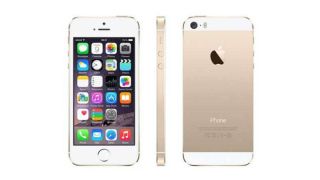 Nikhil Bansal is a student at the Punjabi University, Patiala. Just like many people his age would do, he was browsing through Snapdeal a few days ago and much to his amusement, found that the Apple iPhone 5s was listed for Rs 68. Naturally, this was an error from the retailer as the original asking price of the smartphone is somewhere between Rs 21,700 to Rs 38,500 depending on the storage variant and colour.

But Bansal went ahead with the purchase on the 12th of February, although he got no response from Snapdeal regarding the order. After waiting a few days, he took the support of a consumer court in the Sangrur District, Punjab.

He alleged that Snapdeal didn't go through with its promise and demanded justice. Accordingly, the court ordered Snapdeal to sell the iPhone 5s for Rs 68 and even slapped a Rs 2,000 penalty on Snapdeal.

Naturally, the retailer challenged this ruling in another consumer forum, where it received a setback again with the court ordering them to pay a penalty of Rs 10,000, effectively bringing the whole episode to an end.

This goes to show that e-commerce retailers have to tread lightly when it comes to consumers. Any misstep could lead to situations like these. It is hoped that this serves as a precedent to enhance quality of service offered by some of the e-commerce sites. As for Nikhil Bansal, well he's now the proud (and rightful) owner of an Apple iPhone 5s which he received with a 99.7% discount.