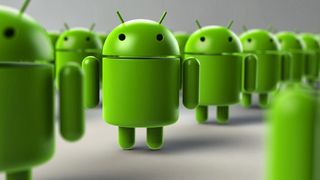 If you've ever searched for an Android app outside the Google Play Store, you'll have come across APK files – but what are they, and what do they do?

The APK extension stands for Android Package Kit, and is the file format used for installing Android applications (much like EXE for Windows). If you want to install an app from outside the Google Play Store (a process known as 'sideloading') you'll need to download and run the APK manually.

Sometimes, but it's usually best to assume not. The Google Play Store isn't as tightly regulated as Apple's App Store, but any malicious apps are usually identified and removed quickly.

There's no such protection if you download an APK from a third-party site, and malicious developers can trick unsuspecting Android users into installing ransomware or other malicious software malware by dressing it up to look like a legitimate app.

YouTube video downloaders are a particular target. Downloading videos from YouTube without permission violates its terms of use, so Google refuses to list such apps on the Play Store. Android users wanting to save a clip therefore often look elsewhere, and can easily end up downloading something nasty.

There are exceptions. The Amazon Appstore, for example, is only available to download as an APK, but you do so at your own risk.

How to install an APK

If you want to install an APK and you're confident it's legitimate (if you're testing an app built by a friend but not yet published on the Google Play Store, for example, or you want to try Amazon's apps), you'll need to make a couple of adjustments first.

Access your device's security settings and tap the switch marked 'Allow installation of apps from sources other than the Google Play Store'.

Once that's done, download the APK and tap the file to install it. After you've confirmed, it will be installed and run like any other Android app.