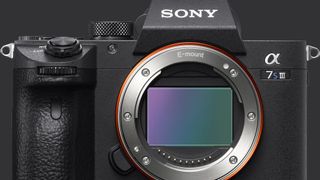 The coronavirus outbreak in China is having an unfortunate ripple effect across the tech world, with Sony Alpha cameras rumored to be the latest launches to be affected by the virus.

An unnamed source has told Sony Alpha Rumors that "we can expect product launches to be very delayed along with much lower capacity in production volumes for many of their current imaging products".

Exactly which launches this could affect remains unclear, but the most anticipated Alpha releases this year include the Sony A7S III and Sony A7 IV, which are rumored to be launching at the CP+ camera show, starting on 27 February.

While these are just rumors at this stage, it certainly seems likely that the coronavirus will have a knock-on effect on Sony imaging products this year, with the company's chief financial Hiroki Totoki recently admitting that its sensor production could be hit significantly.

Sony has four factories in China and Totoki announced in a news conference, reported by Nikkei, that Sony is "concerned about the spread of the coronavirus" and "cannot deny that our production and sales supply chain for the image sensor and electronics business could be affected enormously".

Of course, Sony is far from the only tech company likely to be affected by the coronavirus. We recently reported that the Xiaomi Mi 10 launch event on February 11 is likely to be cancelled, with a livestream possibly taking place instead, while Apple has accounted for the potential disruption in its revenue projections for the next quarter.

In slightly less concerning news, Canon Rumors has also reported that the CFExpress card reader that was due to be bundled with the forthcoming Canon 1DX Mark III might also be delayed due to its Chinese manufacturer's factory closing down.

Still, it's fair to say that delayed camera launches are far from the most important side effect of the coronavirus outbreak, and it's possible that Sony will continue with its scheduled Alpha camera or lens announcements, and simply delay their expected shipping dates.

We'll bring you any official news on the launches as soon as we get it, and in the meantime you can get the latest whispers on all the expected camera announcements for 2020 in our in-depth Camera Rumors round-up.