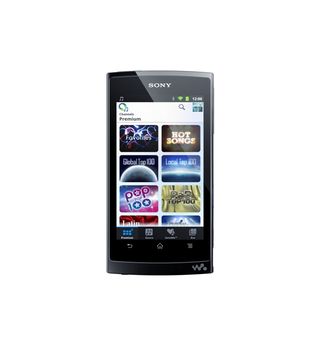 There's also a large 4.3-inch LCD touch screen on offer, and will come in 8GB, 16GB and 32GB variants depending on how much you want to watch video or store every single song you've ever liked ever.

The Walkman Z Player is Wi-Fi enabled to give full access to the Android Market, but also allows users to stream content to a bigger screen using DLNA (or connecting it up using a micro HDMI lead instead).

The dedicated W button gives instant access to your music from any point within the device, and SensMe technology is still alive and kicking and automatically categorising music based on BPM to suit your mood.

So imagine this is like a phone, but without all the phone-based bits, and you're pretty much there. It'll cost between $250 and $330 if you're Stateside, but no word on wider prices.