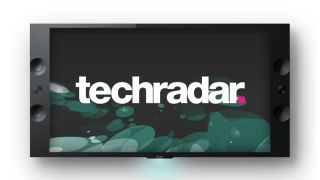 Take a stroll through the week's reviews

What's the highest number you can think of? For me it's one trillion and I'm proud of that. I've never counted that high but I hope to one day.

Scientists and even some mathematicians have suggested that there could be an even bigger number out there somewhere, but until discovered, its existence is a matter of debate.

What isn't up for debate is the total number of reviews on TechRadar which is now in the tens of thousands. This week alone we've published another 20 so at this rate it's only going to be another 961 million years until we hit that one trillion mark!

So if you fancy counting up with us, you can start now by perusing the week's loveliest reviews!

The new flagship smartphone from LG pushes the boundaries with the highest specs and an amazing screen. But the design is merely middling, the implementation of Android 4.2 only so-so, and there's nothing here that really will claim the headlines when it's splashed across billboards and taxis around the world that people haven't already seen before. Hands on: LG G2 review

A fast-working, dependable and great-looking Edge LED TV with a smart TV user interface as impressive as any we've seen, the Panasonic TX-L32E6B is one of the smartest choices for a bedroom or second room that's currently around. Panasonic TX-L32E6B review

The new Nexus 7 is a powerful, reliable tablet. It's nicely built, and offers a gateway into the Google Play Store, which has become a solid competitor to Apple's App Store and iTunes.

Frankly, when it comes to 7-inch tablets, it blows both the iPad mini and the original Nexus 7 clean out of the water, and does a whole lot more than a Kindle Fire HD for just a bit more cash. However, it's not the bottom dollar option that its predecessor was, and with the possibility of an iPad mini with Retina display on the horizon, should consumers hold out? New Nexus 7 review

Chromecast is a cheap and easy way of turning your silly old screen into a modern smart TV to be proud of. It's a cheap alternative to the Apple TV, the key difference being that Chromecast pulls the content from the internet itself after the mobile device or browser initiates casting. Everything that is beamed to Apple TV comes from the host device or computer, and it remains a slave to that Airplay connection. Google Chromecast review

Offering staggering 50x zoom, raw capture and a host of advanced features for a good price, the Fuji SL1000 is a star on paper - so how does it perform in the real world? Fuji SL1000 review

It's fairly remarkable that a 20x optical zoom can fit into a body of this pocket-friendly size. It's an extremely flexible option for holidaying photographers, with the GPS functionality proving a valuable addition for plotting the exact locations of your shots. Panasonic TZ40 review

Fancy some home cinema action without the fuss and bother of separates? Philips' Fidelio HTL9100 is a one metre-wide 210W Bluetooth soundbar designed to sit underneath a TV (of the 46-inch size or so) to deliver either stereo or 'virtual' surround sound. Nothing new there, though no other soundbar we know of has detachable satellite speakers on its ends. Slide off the two otherwise invisibly joined book-sized speakers and they instantly become rear-channel speakers - surround sound is suddenly created. Philips Fidelio HTL9100 review

For anybody looking for a high-zoom bridge camera with plenty of bang for your back, the Fuji HS50 EXR is an excellent option. Although it has a shorter zoom range than the Canon SX50 (which boasts a 50x optical zoom lens), the 24-1,000mm range should be more than enough for most users. It bests the Canon SX50 though in terms of the electronic viewfinder, so we'd be inclined to recommend this over it. Fuji HS50 EXR review

Sony's TF1 is a capable action camera, and while it may not be as tough as some, it's at least styled to look good in any environment. Considering you're getting a toughened camera with reasonable specs for modest money, the Sony TF1 is undoubtedly good value, even if it is a bit short on features and can only muster mediocre image quality. Sony TF1 review

Whether the freedom afforded by the Moto X is something consumers flock to remains to be seen, but we're glad to see phones are again being designed with us in mind, and not finding a way to jam in a bigger processor than the competition. Hands on: Moto X review