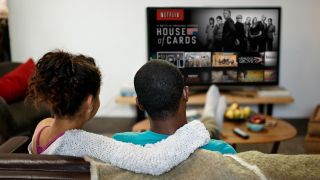 Despite being Australia's biggest telco, Telstra didn't rank too well in Netflix's ISP speed index rankings that were released last year. That's actually quite an understatement — Telstra ranked dead last in March 2017, only catching up with the rest of the pack later that year in September.

Thankfully, the Aussie telco giant has completely turned things around in 2018, with an upward trajectory that has seen it go from last place to leader of the pack, edging out the competition to become the new king of Netflix streaming Down Under.

Below you'll find Netflix's official ISP rankings as of March 2018, showing Telstra in the lead, followed by Exetel in second place and Optus in third.

As you can see from the graph above, the Netflix ISP speed index results chart the average download speeds achieved during prime time hours, as well as the types of connection services offered by each provider.

Below you'll find another graph which clearly shows the progression Telstra has made over the course of the last year, while also showing how the other ISPs have improved over the same period.

In other words, good news for Telstra and its customers, as they can now be content in knowing they have access to the best Netflix streams currently possibly in Australia.

It'll be interesting to see whether Telstra will be able to hold on to this momentum and remain in first place for the rest of the year. Only time will tell...