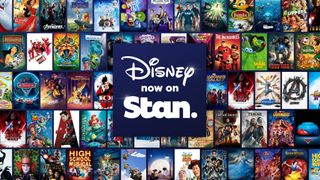 With Netflix and The Walt Disney Company globally parting ways as the House of Mouse prepares to launch its own competing service, Disney+, Aussie streaming service Stan has officially picked up the local rights to stream Disney's content for the foreseeable future.

Starting tomorrow (December 14), Stan subscribers will have access to a huge library of Disney-owned classics, including the Toy Story trilogy, Finding Nemo, Frozen, The Lion King, Cars and Cars 2, Monsters Inc. and Monsters University, Big Hero 6, The Incredibles, Up, Wall-E, the animated Beauty and The Beast, Maleficent, The Little Mermaid, the live-action Cinderella, Coco and A Wrinkle in time.

Of course, the partnership will also bring Marvel and Star Wars content to Stan for the first time, with recent hits like Thor: Ragnarok, Black Panther, Avengers: Infinity War, Star Wars: The Last Jedi and Solo: A Star Wars Story all scheduled to arrive on the service along with the Iron Man trilogy, The Avengers and Avengers: Age of Ultron, Thor and Thor: The Dark World, Guardians of the Galaxy, Captain America: The First Avenger, Captain America: The Winter Soldier and Ant-Man.

Along with a vast library of Disney movies, Stan will also be receiving a large selection of kids shows from the Disney Channel and Disney Junior, including Sofia the First, The Lion Guard, Tangled: The Series, Star Wars Rebels, Andi Mack and the new DuckTales (woo-oo!).

While Disney+ is scheduled to launch in the US late next year, no projected timeframe or details have been announced for Australia (or any other territory for that matter).

This leads us to wonder how long the deal between Stan and Disney will last – will it extend until Disney+ officially arrives in Australia, acting as a stop-gap in the interim, or will Disney's upcoming original shows, such as the Star Wars series The Manadalorian, come to Stan in Australia instead?

Given that Stan's announcement makes no mention of Disney+ or its upcoming original shows, we have to assume it's the former. That said, we likely won't know for sure until Disney's streaming service launches in the States.

In the meantime, check out Stan's announcement trailer for the Disney partnership below, which shows off the incredibly impressive library of shows and movies that's about to land on the service.