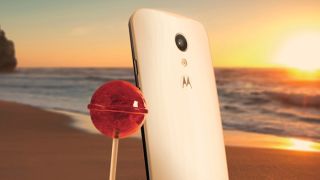 Google's monthly statistics regarding Android usage aren't usually very interesting, but the February numbers are notable for one reason: they mark the first time Android 5.0 Lollipop has made a blip large enough to be counted.

That's the conclusion we have to draw, at least, though it also suggests that Lollipop adoption jumped a full 1.5% during the last month, which seems unlikely.

According to Google 1.6% of Android devices have been upgraded to the latest version, which needed to be on at least .1% of devices for it to appear in the charts.

That's what implies the big jump, although it's also possible that Google chose not to disclose the numbers before now for other reasons.

Lollipop rollouts have increased lately, and maybe it's really as simple as that. In any case it's great to see the newest Android version finally registering a blip on the radar.