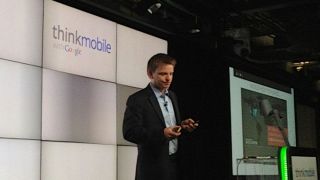 Eagle eyes up the next generation of affordable and mobile computing

Jana co-founder and CEO Nathan Eagle, speaking at Google's ThinkMobile conference with TechRadar in attendance, explained that Android was perfectly aligned to become a dominant force, and not just in phones.

This is down to the plethora of affordable smartphones that are set to sweep through emerging and developing markets in places like Africa.

"I would say that Android has already won the battle of the operating systems," said Eagle.

"That's not necessarily because it's the best, just that it's given away for free and you are starting to see the rise of these [$50 phones] from China."

Eagle's presentation "Engaging the next billion" suggested that 2013 would see Android overtake Windows, with predictions that 1.3 billion will be using Microsoft's OS and 1.5 billion Android.

It's clear that mobile technology is a huge boon to countries without the telecomms infrastructure of many developed markets.

And the rise and rise of the smartphone – enabling things like internet access, GPS and, not to forget, phone calls – means that mobile platforms are increasingly powerful.