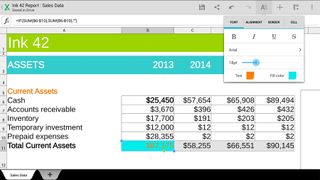 Google has announced that it will remove its popular Quickoffice app from iOS and Android two years after acquiring the popular Microsoft Office competitor.

In a blog post on its Google Apps updates page, Google wrote: "With the integration of Quickoffice into the Google Docs, Sheets and Slides apps, the Quickoffice app will be unpublished from Google Play and the App Store in the coming weeks."

The company added that existing users can continue to use the app, but no features will be added and new users won't be able to install it.

Google's recent announcement - that it was bringing in some notable feature updates to Google Drive such as improved compatibility with Microsoft Office documents - has made Quickoffice all but disposable.

Its demise wasn't entirely unexpected. Google split Drive into Google Docs, Sheets and Slides, taking on Apple's Pages, Numbers and Keynote by providing a more coherent approach to productivity in a bid to take on Microsoft apps that also allow the editing of documents for free.