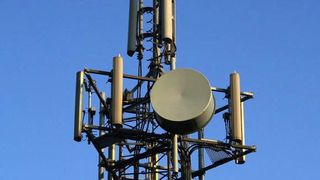 Vodafone customers, get aboard the 4G train now

My right thumb slid across the home pages of the HTC One SV that Vodafone sent me to test its new LTE network, searching for the Speed Test app.

First impressions are important after all. And secretly, I'm hoping Vodafone has managed to maintain the speeds I saw at a private speed test session in Bondi earlier in the year.

But this is the real world, and while it's still a few days before Vodafone starts activating 4G for its current customers, I'm not quite sure what to expect.

I pressed the orange button that starts the speed test, waiting for the results…

Vodafone started building its LTE network about 12 months ago with a single cluster in Sydney, according to Technology Program Manager for LTE at Vodafone, Allen Didovich. From there, the rollout expanded across the five capital cities and regional hubs that went live this week.

Vodafone may seem a little late to the party though, especially given that Telstra's LTE network has been online since September 2011 - a good nine months before Vodafone even began building its own network.

It's no surprise that Vodafone admitted that its poor 3G performance was the reason for the slower rollout. Given the sheer number of issues the telco faced back in 2010 and 2011, the focus for Vodafone's engineers needed to be on righting the capsized ship that was its 3G network.

As Elise Davidson, Corporate Affairs Manager at Vodafone explained "One of the things in the media commentary about our 4G rollout is the line that everyone's saying 'Vodafone is finally rolling out its 4G, and it's late to the party'.

"The fact is, for Vodafone, it was vitally important that our core network team focused on a complete rebuild of the 3G network, which was done over the past two years, and then we've built a completely new 3G+ network that has facilitated our ability to start this 4G rollout."

Vodafone's Head of Network Product Management, Robert Glennon, added that the past 12 months was as much about getting the 3G network right as it was about launching 4G.

"The last year for us has been characterised by a series of massive transmission backhaul upgrades, which have delivered frankly massive improvements on the 3G network on any meaningful ledger.

"And now that we've improved and fixed the 3G network, we're in the position to bring in this exciting new 4G program. And that was always the strategy - we wouldn't go to the party on 4G while we still had problems to address on 3G," he added.

Unlike Telstra and Optus, which have different chunks of spectrum within the 1800MHz band, Vodafone has 20Mhz of contiguous spectrum, or spectrum all grouped together.

"Essentially, what that means for us is that we have a network that's optimised for Category 4 devices into the future, but it also enables us to offer more efficient network experience," explained Didovich.

"And what that potentially translates to from a customer perspective is a better and more consistent experience when the network is more loaded.

"So it's just like a highway, essentially. The more lanes you've got on a highway, the more free flowing the traffic," he said.

And that's the essential piece of the puzzle for Vodafone. Having experienced first hand what happens to a network that can't handle the strain of an army of customers accessing its network at once, the contiguous spectrum will make the entire network more able to withstand high demand.