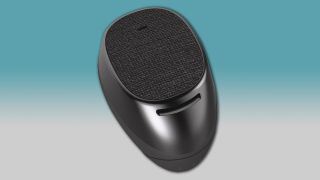 The Motorola Hint, which is possibly the best looking Bluetooth headset ever, just got an update. The second generation of the suave Moto earpiece can now last for up to 17 hours of use before it needs a refill, which is a huge boost compared to the first model's 10 hours. Making its return from the previous iteration is its super portable charger case that can carry an extra two full charges worth of power.

Aside from the battery, Motorola has also made improvements to the voice control functions and audio quality of the headset. But what's most impressive about Hint 2.0 isn't what was added, but that it shucked a cool $20 from its price tag, now down to $130 (about £80, AU$176) on Best Buy.

If that isn't cheap enough, but you're in love with the compact form factor of the Hint and its charging case, you'll be happy to know that Motorola has slashed the price of the original Hint down from $149 to $79 on its website.