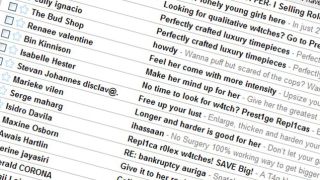 All the biggest names in mobile have collectively made a deal with patent licensing company NTP which holds patents for the wireless delivery of emails.

The list of companies in the deal includes Apple, Google, Microsoft, HTC, Yahoo, Samsung, Motorola and all four major US mobile networks.

NTP began proceedings back in 2007; it had already squeezed $600 million from RIM after a long legal battle in 2001.

No details of the terms of the deal have been release, just stating that it "has reached a mutual resolution with 13 companies".

Added to older deals with RIM and Nokia, NTP has now licensed its patents to most of the mobile industry.

NTP's lawyer, Ron Epstein, said that the way in which all the companies were able to reach a single settlement was particularly unusual and could set a precedent for future deals on this scale.