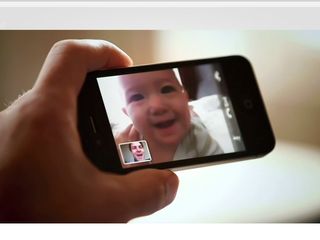 Apple has decided that video calling isn't a dead technology, and added new Facetime functionality into the new iPhone 4.

It was pretty obvious something like this was going to happen, given the leaks so far and the fact the new phone has a front-facing camera.

However, Jobs decided to hold the new announcement to the end of the show, unveiling the video calling as his 'one more thing'.

Someone may not have told him that this isn't a really new technology, as on the demonstration video call with Jonathan Ives he stated: "You know, I grew up with the Jetsons and video calls... and now it's real."

Sadly, this is only going to be available on WiFi during 2010, and obviously only from iPhone 4 to iPhone 4 - it would be a surprise to see this take off as a killer feature.

At least the Sam Mendes commercial made an appearance, as it's nice to see rumours appearing on Twitter actually making it into real life...