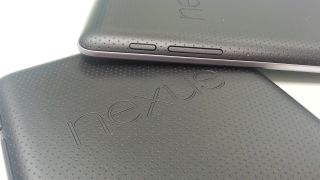 With rumours of a Google Nexus 7 with double the storage for the same price doing the rounds, word is that there'll be an even cheaper Nexus tablet too.

To be fair, this rumour comes from Digitimes whose track record is patchy at best but it's not the first time talk of a $99 Nexus slate has surfaced.

Back then, we all thought Nexus 7 maker Asus would be the manufacturer behind the second slate, but the company vehemently denied that it had any cheap Nexus based plans in place.

Digitimes and its Taiwan-based supply chain sources say that a Chinese manufacturer specialising in cheap, white-labelled hardware will likely be behind the tablet.

The timing of this mythical new tablet from Google could be somewhat similar to another fabled cheap-ish slate – the iPad Mini, which we're expecting to see unveiled at Apple's October 23 event.