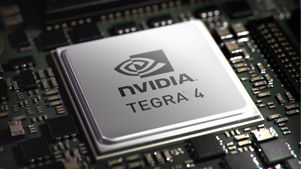 It looks like the chipset maker is tantalisingly close to getting its tablet out of the door with the device getting spotted over on the NCC (and noticed by TechKiddy) showing off both the front and rear.

"What in the world is the NCC?" you cry. That's the Taiwanese certification agency, which is its own version of FCC. The site lists the tablet under the codename of the P1640, which just rolls off the tongue.

Open up a new tab

Other specs in the trademark details include a 7-inch display with 1280x768 resolution, Tegra 4 chip clocked at 1.8Ghz, 5-megapixel camera and Android 4.2.2 Jelly Bean operating system. All of which we've heard before.

Previously rumblings have suggested that Nvidia is plotting two tablets – a low-cost slab and a high-ender – but it may just be the Tegra Tab 7 heading our way for now.

There's been a lot of speculation that Nvidia may show the Tegra Tab 7 at this year's IFA show. We'll be there to let you know if it does.