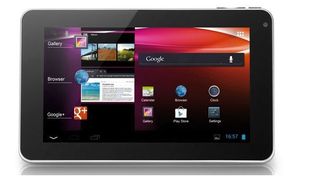 Because there is so little competition on Android

Alcatel is throwing its hat in the tablet ring with the One Touch T10 Android tablet.

The budget tablet sports a 7-inch 800x480 display along with Android 4.0.3: Ice Cream Sandwich, a 1GHz Cortex A8 CPU, 1GB of RAM, and 4GB of flash storage expandable with a microSD card slot.

It will have further expandability through a micro USB 2.0 port and 802.11 b/g/n WiFi, rounded out by a front-facing 0.3-megapixel camera.

Android on a budget

The One Touch T10's low-end specs clearly aren't meant to compete with flagship Android tablets like Google's Nexus 7, but Alcatel is hoping it will still find a place in the overcrowded Android market as a budget tablet.

Or at least, it's assumed that Alcatel is targeting a budget price point, though no official pricing has been announced for the U.S. yet. It's expected to retail for around £97 in Europe, which comes out to an estimated $156 ($153 AUD).

There is no release date for the Alcatel One Touch T10 yet, but budget-conscious users in need of a 7-inch Ice Cream Sandwich tablet may want to keep their eyes peeled for more launch details as they become available.