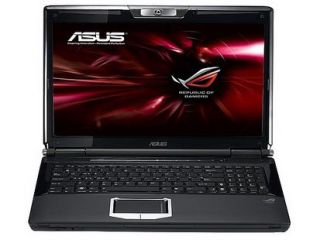 Asus has announced the arrival of two new gaming laptops with 3D capabilities.

The G51J3D and G72GX are from the company's G Series range and sport 15.6-inch and 17.3-inch screens respectively.

Although information on the lappies are thin on the ground, what is know is that they both have a 120Hz refresh rate (needed for 3D), use active shutter technology and are powered by Intel's Core i7 chip.

They will also pack 4GB memory and two 320GB hard drives. As for the 3D capabilities, the smaller machines will come with Nvidia's GeForce GTX160M graphics chip and 1GB of dedicated DDR 3memory.

The launch of these 3D-Ready machines means that Asus is muscling in on its rival Acer's patch.

Acer's 3D machine, the 15.6in Acer Aspire 5738DZG 3D laptop, uses polarising filters (which come in the form of a coating on the screen) for its 3D, a technology which is inferior to active shutter.

The laptops can also convert 2D into 3D with the help of some clever software.

We will see which laptops offer the best 3D experience when the Asus G51J3D and G72GX laptops are released early 2010.