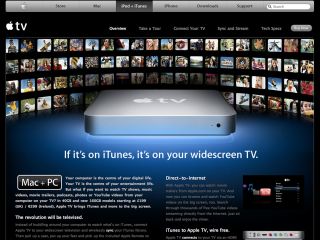 Steve Jobs explains why Apple TV is considered 'a hobby'

Steve Jobs has explained why he considers Apple TV to be a 'hobby' and why he thinks new developments in television, such as the recently announced Google TV, are far from innovative.

Speaking at the D8 conference near to Los Angeles this week, the Apple CEO explained how he feels the only way to innovate in the TV industry is to make consumers want to pay for set-top boxes.

"The television industry fundamentally has a subsidized business model that gives everyone a set-top box, and that pretty much undermines innovation in the sector," said Jobs.

"Ask TiVo, ask Roku, ask Google in a few months. The only way this is going to change is if you start from scratch, tear up the box, redesign and get it to the consumer in a way that they want to buy it. But right now, there's no way to do that."