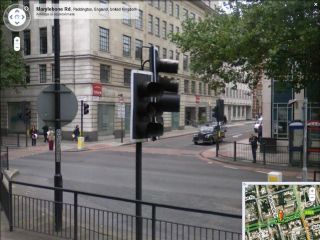 Google has expanded its Street View universe in the UK, photographing around 95 per cent of the country.

You can now virtually go and take a gander at deepest, darkest Somerset, the sunny docks of Arbroath, Scotland and even the lovely seaside village of Exmouth, Devon if you so wish.

Google Street View originally started off in the UK last March and was available to just 25 main cities.

But it seems that Google and its infamous streetcar have been busy of late, photographing towns and counties like it was going out of fashion.

And it takes note of how nice the streets are too – with The Shambles in York recently announced as Britain's 'most picturesque street'.

Google seems to be constantly expanding the service for the better. Just this week, it announced you can edit place-markers on Street View and there is also an inclusion of bike routes.

Unfortunately bike routes are just for the US at the moment, with 12,000 miles of cycling track covered.

We're hoping this will come to the UK soon – if only to see Google's crazy street-bike hit the paths again.