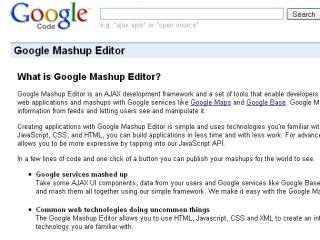 Mash in the pan?

Google has started the cull on some of its many side-projects, with Dodgeball and Jaiku two of the highest profile casualties, a development we predicted back in November.

Dodgeball was bought back in 2005, but the geo/social idea has either been cruelly neglected or withered in the cold light of day, depending on who you ask.

"We have decided to discontinue Dodgeball.com in the next couple of months, after which this service will no longer be available. We will communicate the exact time-frame shortly," says the Google code blog.

Google Notebook has lost its developer resource, but will not cease to be just yet – being granted the dubious honour of fading into the inter-ether.

The sapient decision to begin the phasing out of Google Video – starting in a few months with the disabling of user posting – was hardly unexpected given Google's ownership of VoD powerhouse YouTube.

Jaiku will be tended by a team of volunteers with an open source Jaiku Engine made available on Google Code and Google's Mashup Editor will terminate having never made it out of beta – with users invited to move onto Google App Engine.

Which means that the widely ignored Knol remains active, for now, although many are sounding the death knell for the knowledge base.