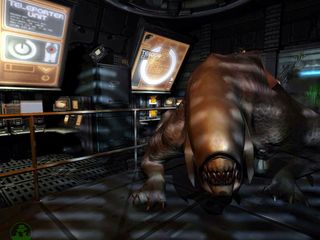 Gaming legend John Carmack has handed a vote of confidence to Nividia, with the id software man suggesting that the graphics chip giants can "make a good ARM core."

Although Nvidia already uses an ARM-based design for its Tegra chips, the firm announced at CES that it would be using an ARM design to make a GPU/CPU hybrid called Project Denver.

It's an intriguing proposition but a vote of confidence from one of the most respected names in gaming will not go amiss.

Carmack is, of course, one of the main men behind classic games Doom and Quake and he tweeted his support for Nvidia.

"I have quite a bit of confidence that Nvidia will be able to make a good ARM core. Probably fun for their engineers."

The collision of GPU and CPU is likely to be one of the major themes in computing in the next decade – with the likes of AMD, Apple and Intel among those competing with Nvidia in this area.

Low power consumption is a key factor in ARM designs, which is crucial for portable and mobile computing.

Carmack has particular interest in this area, with his development company id software pushing into gaming on mobile phones.