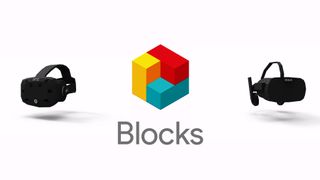 Making 3D models for virtual reality is often a painstaking process, requiring both some serious software and even more serious expertise.

However, Google's latest project, Blocks, aims to make the process of 3D modeling as easy as playing with, well, blocks using the power of VR.

Available now for Oculus Rift and HTC Vive, Blocks uses six basic tools and a color palette to let users draw, sculpt, and build an original 3D work of art while inside a VR environment.

From there, models can be uploaded to Blocks' considerable gallery, where you can use your creations in other projects or even download someone else's to mess around with.

According to Google, making 3D objects on a 2D plane like a computer monitor is "something our brains aren’t wired to do," and hopes that Blocks will entice artists and developers with any level of experience to try out a new way of 3D modeling in a 3D space.

Though Blocks doesn't seem capable of making anything on the level of a major blockbuster video game, we do see potential in Google's new software for lowering the barrier for budding developers who want to create games for VR — a definite plus for pushing the ever-growing technology.