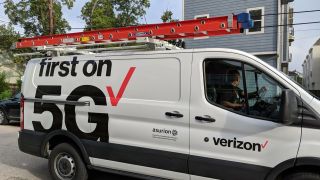 The Verizon 5G network is based around high-speed but small-area millimeter wave (mmWave) frequencies, and its expansion throughout 2019 was restricted to cities - leaving it unclear if, or when, rural US will get the next-gen network.

The answer: not any time soon, sadly, for the most remote users. But Verizon does have a plan to improve service to its users who aren’t based in dense urban areas. As Verizon consumer wireless group CEO Ronan Dunne told TechRadar during a chat at CES 2020, the carrier’s plans are to deliver 5G in public areas and expand its coverage on the top of the 4G spectrum.

If you like congregating with your fellow humans en masse, the carrier will continue to blanket stadiums, airports, and public areas with mmWave 5G, which it sees as aligning with the ‘follow the traffic’ philosophy. That way, sports fans can get update their fantasy teams or bets with fewer delays, while folks can still speed-download media in line while they’re waiting to board their airplane.

For those who have bought a pricey 5G phone, Verizon is building out benefits - even beyond its 5G network radii - when it finally deploys its Dynamic Spectrum Sharing (DSS) tech over the course of 2020.

DSS theoretically allows customers’ 5G devices to still get some high speeds while outside the mmWave coverage area by efficiently surfing on lower (including 4G) bands of the frequency spectrum. When Verizon describes its ‘nationwide 5G,’ this is what they mean: delivering 5G on top of the 4G spectrum.

For anyone not in a 5G or DSS traffic nexus, Verizon believes its 4G LTE will be enough for regular use, and will continue to build out its existing current-gen network to supplement its more remote customers and encourage adoption of Unlimited plans.

Currently, Verizon’s only built out LTE across 60% of its possible spectrum, so there’s more room to move across, Dunne noted.

This runs counter to other carriers’ strategies, of course, which are delivering 5G on dedicated higher frequencies. T-Mobile 5G boasts both mmWave (in the 28 GHz and 39 GHz) and lower-band (600 MHz) frequencies, using the latter for wider-ranging but lower-speed coverage. Consequently, its coverage map expands over far greater area, though it doesn’t account for the differences in speed between these networks.

When Sprint adds its own mid-band (2.5 GHz) frequencies, T-Mobile will have a wide range indeed for multiple applications and different tiers.

That doesn’t fit in Verizon’s plan, as Dunne isn’t confident that mid-band frequencies alone are capable of sustaining 5G service. But if a mid-band frequency were to open up, he noted, the carrier may be interested - but it would have to be at the right price and make economic sense to be worth the expense of fitting another frequency range into its existing 5G plans.