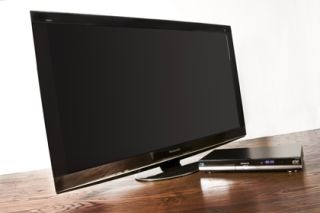 Panasonic has announced that it is doing a live 3D broadcast of the upcoming French Tennis Open, marking the first time a multi-day sports event has been shot and shown in 3D.

Unlike Sky, however, you won't be able to see this 3D extravaganza in the comfort of your local pub but in a participating retail store, between 23 May and 6 June.

Panasonic has noted that the 3D feed will be created by GlobeCast on site at Roland Garros, then this will be piped via satellite to Panasonic's VT20 Full HD 3D TVs.

Speaking about the event, Fabrice Estornel, Product Manager, Panasonic TV Group, said: "Following the release of our first 3D HD TVs and Blu-ray players, consumers for the first time will have the opportunity to enjoy the impact of 3D technology from such a prestigious sporting occasion as the French Open.

"We really feel that the spectacular live coverage displayed on our TV's will spark the audience's imagination and viewers will enjoy exquisitely beautiful images with an incredibly powerful 3D effect."

We would really love to tell you what outlets will be showing the live tennis in 3D but Panasonic is withholding this information for now.

Instead, it wants you to log on to http://fullhd3d.panasonic.eu/en_GB where a fill list of the stores will magically appear.