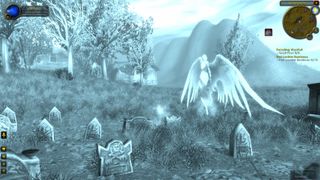 World of Warcraft Classic has been in closed beta since the middle of May, but ahead of the launch on August 27, the game is running a series of stress tests, and there’s one happening on June 19, which means anyone can log in and give it a shot to get a taste of old school MMO action.

Well, we say anyone, but you have to be a current World of Warcraft subscriber, and the other caveat is that this is only available to players in the Americas and Oceania regions – so those in the UK (and Europe) are out of luck this time around.

However, this isn’t the first stress test, and almost certainly won’t be the last, so hopefully the next opportunity will include subscribers from the EU.

The idea with a stress test is to get a ton of players on board, to emulate launch conditions and to see what kind of problems might manifest. With that in mind, Blizzard advises that it wants folks to get on and play as much as possible during the first three hours of the test. So, you have your orders…

The test run begins at 2pm PT June 19, but you can download the Classic game ahead of kick-off (if you’re not sure how, simply follow the instructions posted here). The stress test realm will be up and running for 48 hours.

Blizzard has only revealed the US time, but it's likely that Australian players will be able to play it at the same time, which is 7am June 20 AEST.

During that two-day period, you’ll be able to create a character of any class or race, but you won’t be able to level up beyond 15. Blizzard notes that there will be level-appropriate instances available including Warsong Gulch (for PvP) as well as Ragefire Chasm, Wailing Caverns, and Deadmines.

The company adds that: “Of course, Deadmines will be a challenge for players to complete at this level.”

Mind you, the broad idea of World of Warcraft Classic is to present a tougher challenge to encourage players to band together to cope with the difficulties, and therefore promote a greater focus on social aspects and interactions.

That means you can expect rough edges to the game’s systems and UI – as it was back in the day – to the point where we recently witnessed a scenario in which testers were reporting what they believed were bugs, but these were actually school features working as intended. So you have been warned!