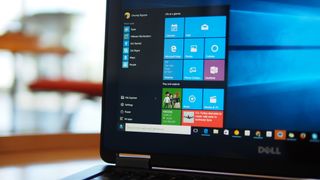 It looks like Windows Lite, Microsoft‘s stripped-down version of Windows 10 that it aims to take on Google’s ChromeOS, could be getting a radically redesigned Start Menu that drops the Live Tiles features for a more minimalist look.

Live Tiles first appeared in Windows 8, and were designed to provide tablet-like buttons for touchscreen devices that gave contextual information as well. So, the Live Tile app for the Mail app would show you the latest email, while the Weather app Live Tile would give you the latest forecast.

Microsoft brought Live Tiles to Windows 10, but they always felt a little out of place in that operating system, and have ended up making the Start Menu look large and cluttered.

With Microsoft looking to make a more simple version of Windows, we can certainly see the logic behind dropping Live Tiles.

While it makes sense that Live Tiles could be dropped from Windows Lite’s Start Menu, Zac Bowden over at Windows Central has noted that the Live Tile feature in the full version of Windows 10 hasn’t been updated for a while, so could its days be numbered for all versions of Windows?

As we mentioned earlier, Live Tiles were a way for Microsoft to try to tempt tablet owners to move to Windows 8. However, Windows 10 dropped most of the touchscreen-centric design choices, except for Live Tiles.

With Microsoft looking at more simple designs for upcoming Windows variants like Polaris and Andromeda, as well as Windows Lite, this may mean the end of Live Tiles as we know them.