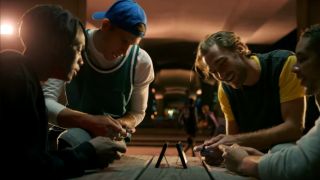 Beyond a vague ‘March 2017’ release date being mentioned by Nintendo, details have been thin about when we might finally be able to get our hands on the Nintendo Switch.

However, according to a tweet by Laura Kate Dale, the Switch’s release date might end up being slap-bang in the middle of the month, on March 17.

Being told March 17th is currently planned Switch launch day in PAL, will release worldwide that same week but not same date all regions.November 2, 2016

This rumored release date is for PAL territories only, so no word yet on when North America, Australia or Japan might see a release.

March 17 is a Friday, which lines up with previous Nintendo PAL release dates – the Wii U, Wii and Gamecube were all released on Fridays.

In the US, meanwhile, Nintendo has historically released its consoles on Sundays. The Wii U’s US release date was two Sundays before its EU release, while for the Wii the gap was three weeks. Back in the Gamecube years, there was literally half a year separating release dates across the two territories.

So based on historical precedent we would expect the Nintendo Switch to be released on March 5 or March 12 in the US.

In Australia the history is even more complicated. The Wii U received a simultaneous release in both Europe and Australia, while the Wii’s Australian release was the day before Europe. Australia received the Gamecube exactly two weeks after it arrived in Europe.

Given the huge amount of variation in Austrialian release dates, the release of the Nintendo Switch there is pretty difficult to estimate based on a March 17 European release. It could be as early as March 16 or as late as March 31 2017.

With Nintendo having increasingly moved towards simultaneous worldwide releases we’re pretty confident we’ll see the console released in March across all territories, but we’ll only know for sure after Nintendo’s January 12 broadcast.