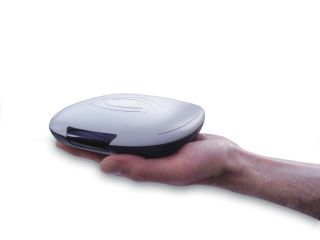 If you are worried about your carbon footprint but still want to watch live coverage from the Big Brother house (anyone?), then Sagem’s latest set-top boxes could be the choice for you.

The manufacturer has unveiled two set-top boxes – the snazzily named ITD58NG and ITD59NG – which have been awarded the EST recommendation and boast a ultra-low 5 watts power consumption which drops to couple of watts in standby.

The boxes have access to over 30 channels of freeview goodness, all of which should provide at least one thing you kind of maybe want to watch at some point.

The cheaper of the two boxes, the £24.99 58NG, has a rather measly now/next Electronic Programme Guide (EPG) which covers just a day. But for the extra fiver you can get the 59NG and get a whole week’s worth of listings.

Thankfully the eco-friendly kit is on the small side and shouldn’t have too much trouble squeezing in amongst your television clutter with dimensions of 150 x 135 x 40mm.