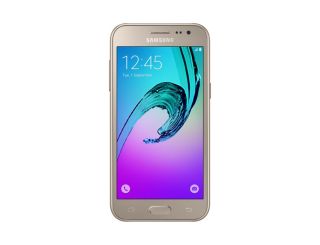 Samsung silently launched the Galaxy J2 2017 in India, with the official announcement expected to follow soon. The latest smartphone from the Korean giant comes with a 4.7-inch display and an Ultra Data Saving Mode, targeted squarely at the entry-level segment.

Revealed on Twitter by popular Mumbai-based retailer Mahesh Telecom, Samsung has reportedly priced the Galaxy J2 2017 at Rs. 7,390. Given its pricing, it competes against the likes of Redmi 4 and Moto E4. It comes with a 4.7-inch Super AMOLED display, a feature that is rare to find in this price range. The smartphone is also available on Samsung India website but there's no details on pricing as of now.

This entry level smartphone from Samsung is powered by a quad-core processor coupled with 1GB RAM and 8GB internal storage, which can be expanded up to 128GB using a microSD card.

In terms of optics, the Galaxy J2 2017 comes with a 5MP rear camera and 2MP front camera. Other features include dual SIM, 4G, Wi-FI, Bluetooth and GPS. It misses out on the quintessential fingerprint sensor – a feature found on many smartphones even in this range. A 2000mAh battery fuels the Galaxy J2 2017.

Samsung has included a couple of features that should assist users – Smart Manager and Ultra Data Saving Mode. For starters, the Smart Manager feature helps free up space by automatically deleting duplicate images and APK files.

The Ultra Data Saving Mode is fairly self-explanatory – it helps save data by up to 50%, according to the company.

Samsung has not revealed the price of the Galaxy J2 2017 yet, but it will reportedly sell at around Rs. 7,390 with official price and availability details expected to be revealed soon. The phone comes in two colour options – Absolute Black and Metallic Gold.