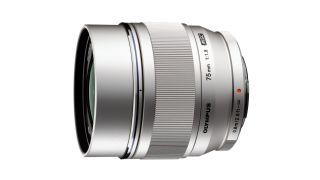 After announcing it was working on new lenses, Olympus has officially revealed its 75mm f/1.8 portrait optic.

The M.Zuiko Digital ED 75mm Micro Four Thirds lens has been designed with shooting portraits in mind along with high-speed indoor sports and stage shooting in low light, according to Olympus.

It boasts a full-metal housing, while also managing to stay lightweight and compact. Like the 45mm f/1.8 lens, announced last year, it features a manual focus ring at the centre of the lens.

Equivalent to 150mm in 35mm terms on a Micro Four Thirds camera, the lens also features Extra-low Reflection Optical coating to combat ghosting and flare when shooting in bright light.

A number of accessories will be available for the lens, including a lens hood and lens cap.

Back at CES in January, Olympus said it was also working on a 60mm macro lens. Although originally suggesting that this would be available at around the same time as the portrait model, there has been no further announcement regarding its availability and specifications.