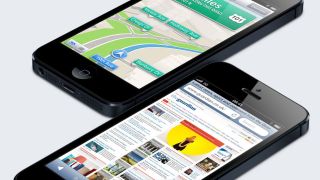 The iPhone 5 suffered from a number of battery problems that proved severe enough for Apple to compensate affected customers with a free replacement scheme.

Some devices would suddenly experience limited battery life or need to be charged more frequently, without warning.

In March 2015, Apple extended the deadline for the scheme until the end of January 2016. That deadline is now fast approaching and no one will be able to take advantage of the scheme after January 31.

Hurry to the store

The scheme is only for a limited group of customers, however. You must have bought the iPhone 5 from Apple between September 2012 and January 2013.

You will also need to have bought the iPhone 5 less than three years ago, meaning you are only able to claim a replacement if you bought it between January 27 and January 31 2013.

To work out if you're due a replacement, you'll be able to enter your iPhone's serial number into the official Apple support website here.

Chances are that a lot of people missed the boat here, and it doesn't look like Apple will be extending the scheme again. If you're due a replacement, you had better hurry and get it to a Genius Bar as soon as possible.