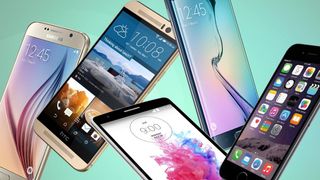 Smartphone shipments the world over grew by 12% in 2015, reaching a record high of 1.4 billion devices over the 12 month period – and Samsung still sits on top with the most devices.

Huawei jumped into third place for the first time, beating out Lenovo/Motorola. In 2014 the Chinese manufacturer sent out 74 million devices; in 2015 year it shipped 107 million, an impressive leap that's partly down to a big boost in brand recognition as well as a stronger position in the mid-tier market.

Fourth place went to Lenovo and Motorola which dropped for the first time, from the 93 million phones shipped in 2014 down to 74 million in 2015.

The figures come from a report by Strategy Analytics, a firm that has tracked smartphone sales for a number of years.

Even if you're not happy about Samsung being the most popular smartphone manufacturer in 2015, we can all agree that phones are the winner here. And we all love phones, right?