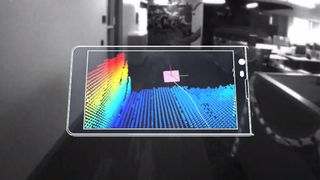 Consider yourself well and truly Tangoed

Google's working on a prototype tablet that will use sensors to map the world around it, says a new report.

The tablet comes out of Google's Project Tango research effort, from which we've already seen a prototype smartphone that could create a 3D map of the user's surroundings.

The Tango tablet will have a seven-inch screen, two rear cameras and infrared depth sensors, allowing the device to take accuracte 3D images of objects, according to The Wall Street Journal.

Apparently Google plans to produce around 4,000 prototype tablets in the next month, possibly to give to developers at I/O.