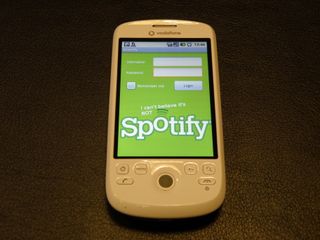 Market tracker NPD has also recently reported how around one-third of all smartphones sold in the US between April and June this year were Android phones, mostly Motorola Droids.

Schmidt sees revenues from mobile search set to overtake revenues from desktop and laptop PC searches soon, although will not be drawn on when he sees this 'tipping point' happening.

"It looks like Android is not just phenomenal but an incredibly phenomenal success in its growth rate," said Schmidt, speaking at the Techonomy conference in Lake Tahoe, California.

Commenting on rumours of Google's plans to take on Facebook and to move into the casual and social gaming markets, Schmidt added:

"In general, we always believe that our products would be better with more social signals."

NPD noted that, in addition to one-third of all smartphones sold from April to June running Android, RIM's BlackBerry was pushed down into second place in the US smartphone sales charts for the first time since 2007, losing 9 per centage points of the market, down to 28 per cent. Apple's iPhone currently has 22 per cent of the US smartphone market.

The Android-powered Motorola Droid was the best-selling Android handset in the US over the quarter.