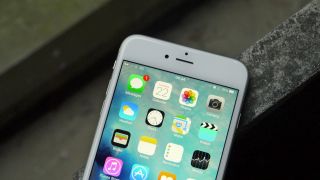 Cracked iPhone screen, damaged camera or buttons not working? Apple may finally let you trade in your busted handset for a new one.

The company has had trade-in and recycling options for a while - separate from the iPhone upgrade program introduced last year - but it won't accept handsets that have external damages beyond normal wear and tear, like the ever-common cracked screen.

However, all that is about to change, according to 9to5Mac, as sources say Apple will this week begin accepting iPhones for trade in that have damages to the screen, buttons and camera. That's damages "within reason," so if your phone is a shattered mess, you're probably better off recycling it.

Apple probably hopes this will get more people to trade in their old iPhones and use the credit to purchase newer handsets or other devices straight from Apple rather than third-party retailers.

It also comes at a great time, too, with the expected launch of the iPhone 5SE in March and the iPhone 7 release later this year. Users who are holding onto a cracked phone won't have long to wait before they can replace it with the very latest.

And Cupertino's focus on remedying cracked iPhone screens doesn't stop there, it seems, as the report also said Apple Store employees will begin offering screen protector installation on new iPhone purchases over the coming weeks. If this means no more annoying bubbles and dust stuck between the glass and screen protector, we're all for it.