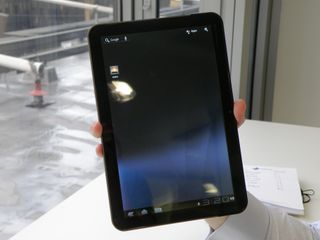 Motorola's confidence in its Xoom tablet is clearly high, with DigiTimes suggesting that the company is expecting to ship 800,000 units in the first quarter of this year.

The new tablet was one of the stars of CES 2011, with TechRadar's hands on Motorola Xoom review suggesting that the 10.1 incher was "one of the most powerful iPad rivals out there".

And it appears that Moto believes that it can back up early buzz with sales, if the 800,000 shipping estimates are accurate.

The Motorola Xoom brings Android 3.0 and a Tegra 2 dual-core processor from Nvidia – giving users a fast and fluid experience.

The tablet can take a 3G SIM card as well as a microSD card to expand the device's storage.

The company also showed off the Motorola Atrix smartphone at CES 2011, with the company making a real mark at the year's curtain-raising show.

From Digitimes via Android Community