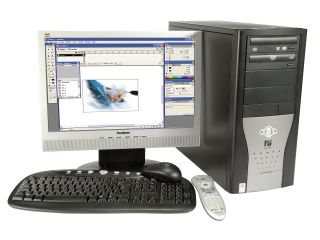 The amount of PCs in use around the planet has topped one billion according to research firm Gartner, with developing nations quickly catching up on their counterparts.

Gartner suggests that the amount of PCs will double in 2014, with emerging markets currently accounting for 42 per cent of the market, but likely to move up to 70 per cent in the next five or six years.

"Rapid penetration in emerging markets is being driven by the explosive expansion of broadband and wireless connectivity, the continuing fall in PC average selling prices, and the general realisation that PCs are an indispensable tool for advancement," said Gartner's research director George Shiffler.

Inevitably, this raises major questions about the environmental impact of the industry – with an estimated 180 million computers set to be replaced this year alone – and 35 million likely to be dumped into landfill without any special treatment for the toxic chemicals and materials that they contain.

"It will become an even more pressing issue, especially in emerging markets, as the number of retired PCs grows with the continuing expansion of the PC installed base," added Gartner's Meike Escherich.

With the world's population estimated to be around 6.8 billion, that means that one in seven people statistically owns a computer.