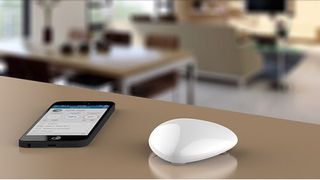 We've already reported that some Apple employees have apparently been using prototypes of a Siri-based smart speaker in their homes to test it out, and now it looks like we're getting closer to seeing Apple's answer to the Amazon Echo and Google Home.

Sonny Dickson, a blogger who usually has his finger on the pulse when it comes to Apple leaks, tweeted that Apple is finalising its designs, reports Digital Trends.

It's been a couple of years since Amazon launched its first smart speaker with the Amazon Echo, and with Google recently throwing down a marker of its own with the Google Home, Apple will have to bring something special to dethrone the competition.

If the current rumors are correct, the smart speaker will contain always-on speakers and cameras for facial recognition. Apple has acquired a number of startups specializing in facial recognition, lending credence to the idea. The possible uses for this tech could not only be to identify which user is talking to Siri, but also their emotional state. Seriously.

Apple is currently finalising designs for their Alexa competitor, expected to be marketed as a Siri/AirPlay device.April 27, 2017

Marching to a different Beat

A later tweet from Dickson references the use of Beats technology in the smart speaker. The hugely successful headphone and speaker manufacturer Beats, founded by rapper and producer Dr Dre, was purchased by Apple in 2014 for $3 billion dollars.

Dickson also mentioned the use of iOS, which could mean the device will have touchscreen technology, something neither the Echo or Home currently have.

As this was just a series of tweets we don’t have any release dates or prices yet, but as soon as we know, you will.