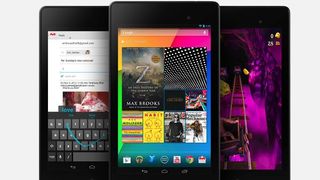 Somewhere, beyond the sea

A mysterious Google device going by the name of 'flounder' has been spotted online – could it be the Nexus 8?

Google's a big fan of aquatic wildlife, having used fish names for Nexus devices in the past, meaning there's a good chance we're looking at another one here.

The flounder was spotted on Chromium, a Google site used for tracking bugs in the Chrome browser.

It's plausible that this could be the rumoured 8-inch Nexus tablet , but not the only possibility. We're also anticipating that Google will soon drop the new Nexus 10 - could this be the device mentioned?

Reaching into our limited knowledge of aquatic creatures, we can tell you that flounders tend to grow to about 10 to 12 inches, so perhaps that's a clue.

Google I/O is just around the corner - could a June debut be on the cards for the Nexus 8? There's not enough information here to know, but we're crossing our fish fingers.