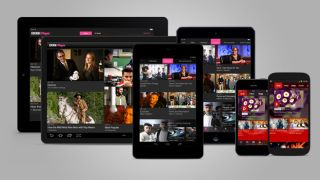 Android and iOS come in line with desktop and laptop versions

The BBC has introduced its new iPlayer app and, oddly enough, it was Windows Phone 8 users who were first to get it.

But iOS and Android fans can also now go and update to the new iPlayer, which brings with it a new home screen design that generally makes it easier to find your way about.

Users will be met with a selection of the most popular BBC programmes available, a range of curated content, and improved Category and Channel pages.

Meanwhile, a new feature called 'Collections' lets you group together shows of the same series or a similar theme.

The Beeb has also included subtitles for all downloaded programmes and better switching between landscape and portrait orientations.

As for the Windows Phone users out there, your update has introduced the welcome ability to stream live TV for the first time.