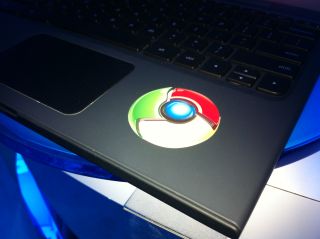 Chrome OS set only for laptops and desktops?

UPDATE: Google has now clarified its stance on Chrome OS tablets to TechRadar

Google has stated that it is focusing on building Chrome OS for laptops and desktop units, and not aiming it at the tablet market.

When asked by TechRadar if the emergence of the Android-powered tablet had changed Google's plans for the OS, Dave Burke, Director of Engineering of Android for Google replied:

"Tablets have taken a lot of people by surprise; even those ardent supporters are surprised at how popular they've become.

Android is for smaller devices

"[With Chrome OS] we're focusing on laptops for that platform, as the way we see it, Android is right for smaller devices, like phones, tablets and set top boxes.

"Chrome OS is more for the larger devices, like laptops and desktops."

Interestingly the spokesperson had to twice correct himself when speaking about the kind of devices Chrome OS will be good for - when listing laptops and desktops, he started by saying netbooks, but switched that to laptops, meaning netbooks may also be seen as too 'small' a device category for the new operating system.