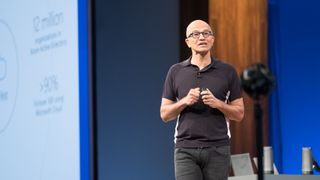 Last October rumors and concerns that Microsoft was going to kill its lineup of Surface devices arose after reports of dwindling sales. The Redmond company vehemently denied it was going to take such an action.

Now, sticking to its guns seems to have paid off, according to the company's latest quarterly financial report.

Is Surface back on the map? Not quite yet.

Microsoft will have to maintain the momentum of its devices to make producing its own hardware worth the effort. Good news is Microsoft still has plenty of time in the year to announce new products, some of which could possibly be a new Surface Studio 2, Surface Pro 5 or Surface Laptop 2.

Overall, Microsoft exceeded expectations with its third-quarter results, reporting a total revenue of $26.8 billion and a net income of $7.4 billion. A large portion seems to be thanks to a 39% jump in revenue from Azure – Microsoft’s AI and cloud-based computing client.

Xbox also looks to continue to be a strong part of Microsoft’s business, hitting 59 million active users this quarter while revenue from Xbox software and services grew by 24%.

Lastly, Microsoft claims to have more than 135 million active Office 365 business users and 30.6 million with consumer subscriptions to the service.