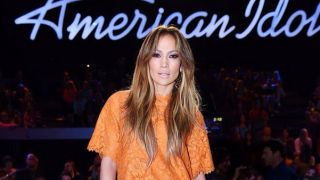 Google Image Search has become so ingrained in our daily internet activity that we forget it hasn't actually been around forever. The reason for its creation, however, might surprise you.

It's all thanks to Jennifer Lopez and that Versace green dress she wore to the 2000 Grammys. Writing in a guest post on Project Syndicate, Google Chairman Eric Schmidt revealed that Image Search was born from the popularity of searches for that iconic sartorial number.

"At the time, it was the most popular search query we had ever seen," he wrote. "But we had no surefire way of getting users exactly what they wanted: J.Lo wearing that dress. Google Image Search was born."

Geri Halliwell wore the same dress to the NRJ Music Awards in France a month before, but apparently no one cared. So yeah, thanks J-Lo - you're the best.