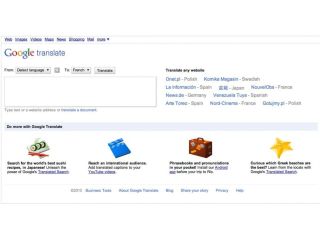 Google has overhauled its much-admired Google Translate, with the search giant pumping time and effort into making the world's languages accessible for all.

Machine translation has been around for some time, but Google is putting major resources into perfecting its Google Translate technology, and the latest changes will be rolled out globally in the coming days.

"We're currently rolling out several changes globally to our look and feel that should make translating text, webpages and documents on Google Translate even easier."

Google is hoping that a new look will encourage more people to check out the features within translate.

"With today's functional and visual changes we wanted to make it simpler for you to discover and make the most of Google Translate's many features and integrations," added Verma.

Google has also created an Inside Google Translate page, that explains more about the project.