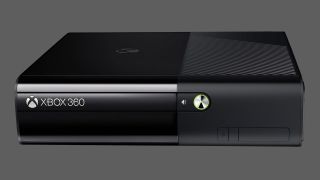 Give the gift of last-gen this Christmas

It may sound a little kitsch to call Xbox 360 a retro console, but that's exactly what it is. It's been two years since Xbox One puttered onto the scene and with a trove of next-gen exclusives (and a string of poor cross-gen performances on Microsoft's once great console) have accelerated its antiquity in the meantime.

Xbox 360 is very much watching from the shadows now, the sparkling future of the new generation twinkling sadly in its metaphysical eyes.

But being the former king of the consoles doesn't mean 360 has to wander off into the wastelands in search of an honourable death - there's a whole new crowd of prospective gamers who either signed up to the best pastime in the world with Xbox One and have no perspective on what went before, or those that simply haven't ever picked up a controller before.

And while Xbox One is only now just starting to find its feet (even with the Fable Legends beta - one of the poster games Microsoft has been selling its lead console on hard - has slipped into 2016), Xbox 360 hit the ground running - and it's been sprinting like a boss ever since.

It won the console war of the seventh generation not because it has great exclusives (and it has, it really has, but I'll get to those later), but because it became the most welcoming and intuitive place to play the triple-A multiplatform releases of yesteryear.

Everything about it just worked. The intuitive user interface; the ergonomic controller (even the DualShock for and its sleek redesign can't quite match up to 360's little pad of joy); the stability and reliability of Xbox Live (which fundamentally rewrote the rules of what a good online infrastructure should be on console); even the Rare-developed avatars were brilliant.

Honestly, the amount of real-life money I spent on Assassin's Creed and Batman costumes for a pretend version of myself would make me cry if I ever saw it in front of me.

Even now, with less oomph under its hood in comparison to the new-gen, Xbox 360 is a little powerhouse encased in plastic and flashing green lights. Remember, a significant proportion of the games available on its platform were developed specifically for it and then ported over onto Sony's bloated monstrosity, the PlayStation 3.

With that in mind, games just ran that bit better on 360 and it made investing in that tech back in the day all the more satisfying.

Ah yes, the games. Imagine investing in a console for the first time. skipping into your game retailer of choice and surveying the acres of software before you. There are over a 1,000 games on 360 and while there are some real stinkers (so that's pretty much everything released in its first year, bar first-party titles), but there are some of the best games ever made just waiting for you to pick for next to nothing on eBay or from a pre-owned section.

The exclusives are rock solid; Halo 3, Halo 3: ODST; Fable 2; Fable 3 (shut up, it was good and is definitely worth your time, don't listen to those dumbass critics); Gears Of War 1-3, and Gears Of War: Judgement (again, another decent game that had its face kicked off critically); Forza Horizon; Forza Motorsport 3; The Witcher 2: Assassins Of Kings (yes, technically on PC but this paired down console version is still brilliant, just not as pretty) and Bully: Scholarship Edition to name but a few.

Xbox 360 is bursting at the balls with exclusive gems just begging to be spun in your disc drive.

There are all the amazing cross platform games (even the ones that have been given the pointless cross-gen upgrade because MONEY!). The horrific joy of Bioshock; the tragic beauty of Bioshock 2; the grand vision of Bioshock Infinite; the comic book-esque brilliance of Grand Theft Auto IV; the underrated kung fu madness of Sleeping Dogs; the gothic fun of Darksiders 2; the even gothic-ier fun of Castlevania: Lords Of Shadow; the harmonic gore of God Of War 3; the rhythmic death of The Darkness 2; the Life On Mars-esque car shenanigans of Driver: San Francisco.

Then there's the indie side of things. Think Sony invented the 'indie love-in' with PS4? Think again, kiddo.

Xbox Live Arcade (XBLA) was another feature that set the bar for the rest of the industry by mimicking the friendly open-platform nature pioneered on PC by Steam and bringing it to a whole new audience. Remember Trials?

It was on Xbox 360 that the two-wheeled pain simulator made its name.

And that's not to mention the fact you could make your own game and quite easily get it published on XBLA. Sure, it needed to work and be, you know, worth playing, but it was just another feather in the cap of an ever impressive package.

Honestly, I could keep quoting these games for hours, but I won't, because the message is clear: Xbox 360 isn't some giddy old codger padding into the sunset.

It's one of the best consoles of all time and here and now in 2015 - the tenth anniversary of the little beauty - there's never been a better time to give the last generation the love it still deserves.

For the uninitiated, Xbox 360 is an entire gaming experience wrapped up with an affordable bow. Sure, pubs and devs are still developing titles for it, but most of these are cross-gen tie-ins - and with the exception of Yakuza 5 (which is actually a two-year-late Japanese port) there are no more platform-exclusive blockbusters headed to the ageing console.

The Xbox 360 experience is now a self-contained glimpse into the not-too-distant past, a generation frozen in time that combines recognisable and impressive software with a new retro feel that only makes this green-swirled wonder seem all the attractive.