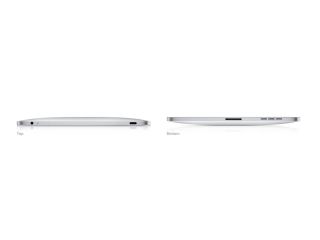 Apple has announced it is striking data deals to offer 3G connectivity with its forthcoming iPad, and we've spoken to UK networks about whether a similar plan will be in place.

Orange, O2 and Vodafone have issued us all with a resounding 'No comment', which means it's unlikely that we'll be seeing the iPad on our shores for a while.

However, The Carphone Warehouse has issued a statement that seems to hint that it is planning to offer the iPad on our shores:

"Smartphones have become increasingly popular over the last year as more and more people access the internet on portable devices built for entertainment as well as business use. Slates/Tablets haven't made a huge impression on the public yet," said Andrew Harrison, UK CEO of The Carphone Warehouse.

"For the category to succeed, the iPad really needs to capture people's imagination and act as a catalyst for a whole new 'pad' format. Apple has the best track record in doing this as we have previously seen with both the iPod and iPhone.

"We are really excited aboutall the Slate/Tablet products currently in the pipelineand look forward to providing our customers with additionaloptions for connecting and consuming content in the future."

Steve Jobs said at the announcement that he is planning to begin discussions to offer the 3G version of the iPad internationally in the immediate future, with a likely release in June or July.

However, he did mention that the iPad is unlocked and can be used with 'GSM Microsims' although we've yet to confirm whether this is the same as a standard SIM card.