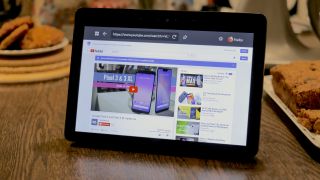 Amazon's Alexa devices, from Echo speakers to third party kit, can chat with loads of connected gadgets around your home and power them up with just a command. But, once some gear goes into a low power draw state, they basically go off the grid for Alexa.

This is about to change however, as Amazon revealed a new "wake-on-LAN" feature that will allow Alexa to communicate with sleeping devices that would otherwise be deaf to its requests.

And, music to the ears of older TV owners, you won't necessarily need new hardware to take advantage of the feature.

Awake from your slumber

If you're the owner of a connected smart TV that hooks up to your local network, all that's required is that your TV manufacturer put together a skill that makes use of wake-on-LAN control.

Hisense, LG and Vision are already working to integrate the feature, and expect it to come to sets in the "next several months." Expect others to follow suit shortly.

Bringing new functionality to your existing gear, Alexa is becoming increasingly desirable, no matter the make up of your home gear.