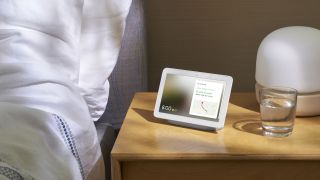 Update: Xiaomi has confirmed the issue and said that it has fixed the problem that some were experiencing.

A spokesperson for Xiaomi told TechRadar, “We are aware there was an issue of receiving stills while connecting Mi Home Security Camera Basic 1080p on Google Home hub. We apologize for the inconvenience this has caused to our users.

"Our team has since acted immediately to solve the issue and it is now fixed. Upon investigation, we have found out the issue was caused by a cache update on December 26, 2019, which was designed to improve camera streaming quality.

"This has only happened in extremely rare conditions. In this case, it happened during the integration between Mi Home Security Camera Basic 1080p and the Google Home Hub with a display screen under poor network conditions."

Xiaomi has confirmed that a potential 1044 users could have been affected by the issue. The company also said it would not be an issue if the camera is linked to the Xiaomi’s Mi Home app.

A fix for the issue has now been issued, and Xiaomi has suspended the whole service until the company is certain it has fixed the root cause.

Original story: After a user discovered that his Google Nest Hub was showing images from a stranger’s home when he tried to stream from his own Xiaomi security camera, the software giant has disabled any integration between its smart home systems and the Chinese tech manufacturer.

The instance was reported by Reddit user /r/Dio-V and was then picked up by Android Police. The tech news publication reached out to Google and received the following statement: “We’re aware of the issue and are in contact with Xiaomi to work on a fix. In the meantime, we’re disabling Xiaomi integrations on our devices."

Android Police then clarified that this does indeed mean that all Xiaomi Mi Home integration with Google Assistant has been disabled.

Specifically, /r/Dio-V was trying to view a live stream directly from his Xiaomi Mijia 1080p Smart IP Security Camera on the display of his Google Nest Hub but, instead, was shown a series of still images from other peoples’ homes.

The pictures were monochromatic and were sometimes partially corrupted, but they still showed sleeping children, full views of rooms and other private images in enough clarity to present a major security flaw.

As Xiaomi is yet to comment and an investigation from Google is still underway, it’s currently unclear exactly what occurred to cause the security breach, but we’ll likely find out in the coming days. Until then, users with Xiaomi Mi Home devices won't be able to use any Google Assistant functionality.