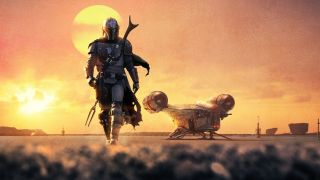 Disney has revealed its first major set of results for the Disney Plus streaming service since it launched, and it's good news: the service has reached 28.6 million paying subscribers. For context, Disney's goal over five years is to achieve 60 to 90 million subscribers, and considering the service still hasn't rolled out to many major territories, this is a strong start.

It's also well up from the 10 million that were announced just after launch. This figure is pretty close to Hulu's current subscriber number of 30.7 million, although that's a US-only service, while Disney Plus is available in the US, Canada, Australia, New Zealand and the Netherlands. The Disney Plus UK launch is just over a month away on March 24.

"The launch of Disney Plus has been enormously successful, exceeding even our greatest expectations," said Disney's Bob Iger (via THR). Disney is running a promotion with Verizon during the launch period, which means subscribers get a year of the service. Verizon is responsible for 20% of the initial sign-ups to the service, Iger said, while 50% were direct to Disney.

Disney Plus has a big year ahead. The first two Marvel Cinematic Universe TV shows, The Falcon and the Winter Soldier and WandaVision, arrive in August and December respectively. The Mandalorian season 2 is coming in October, to give us our second helping of Baby Yoda.

It's no surprise Disney Plus has had such a strong start: The Mandalorian brought us Baby Yoda overload, and managed to distract disappointed Star Wars fans who didn't like The Rise of Skywalker. It'd be interesting to know what percentage of that 28.6 million signed up just to watch it.

The best is yet to come, though. The three big series coming later this year threaten to overshadow all other pop culture in the way that Marvel's movies do – but the novelty of seeing TV that looks this expensive, that fits into the continuity of these different movies series that people love, is compelling.